Want to know how much your favorite Twitch streamer is making in 2021?

There are hundreds of thousands of full-time streamers out there making an enviable income by simply playing their favorite games for a living.

You’ve likely heard about big streamers like Ninja and Shroud who are making millions of dollars on the platform but there are many smaller streamers who you might not realise are making a ton as well.

Whether you’re just curious or wondering whether or not you should start streaming, this article will tell you everything you need to know about the income of Twitch streamers in 2021.

In order to monetize your Twitch channel, a Twitch streamer needs to be either a Twitch partner or affiliate.

One can become a Twitch Affiliate fairly quickly, by reaching 50 followers, 500 minutes, and 3 consecutive viewers in a tracked 30-day period.

Twitch Partners have a lot higher requirements but come with no extra monetary benefits over Affiliates unless the streamer is a top-tier partner, in which case they receive 70% of their subscribers instead of 50%.

Twitch streamers make the majority of their money from their monthly subscribers. These subscribers pay a fee of $4.99, $9.99, or $24.99 USD to subscribe to their favorite streamers to get certain benefits such as global subscriber emotes.

Just about every streamer has a donate button which their viewership can use to send them a tip. Oftentimes this launches a little pop-up message with their name and message to appear on the stream, creating an incentive for viewers to donate.

Every Twitch Partner and Affiliate has a pre-roll advertisement when you enter their stream. If you receive advertisements after that, it’s because the streamer pressed their advertisement button which will release a video advertisement that plays for everyone at the same time.

Occassionaly, a new video game might sponsor some top-tier Twitch partners and pay them to play their game.

But That’s Not All…

While their Twitch revenue usually makes up the largest chunk of their monthly income, many streamers make a big chunk of money from off-Twitch resources such as Affiliate Marketing, Youtube Ad Revenue, and selling their merch.

Many Twitch Streamers hire editors (or do it themselves) to create stream compilations and upload them to Youtube. This is a great way to increase your online following as many Twitch streamers are actually found through Youtube but also a good way to generate some extra income.

YouTubers get paid a certain amount of money (around $2-$25 but this heavily depends on the channel, gamers usually don’t make that much) for every 1000 viewers a video receives.

For example, Ludwig generated 27,000,000 views in the last 30 days according to tracking website Social Blade.

Many bigger streamers have their own merch store where they occasionally drop new products, oftentimes these products are instantly sold out making this a very good extended income source for these creators.

Most Twitch Streamers use print on demand services to sell their merch. The POD business-model allows them to sell their own custom products without having an inventory and instead an external printing partner takes care of almost everything, sometimes the store included.

Affiliate Marketing is extremely common amongst Twitch Streamers and other creators because it can create an additional income from promoting the products you use yourself.

For example, some creators will have their entire setup listed in the about section of their Twitch channel. When you click on one of those products (likely to be an Amazon Affiliate link) and wind up purchasing anything at all from Amazon in the next 24 hours, that creator will receive a commission from your purchase.

How Much Do Big Twitch Streamers Make?

Anyone with a consistent viewership of 10,000 is considered to be a big streamer.

In his 2018 video, Disguisedtoast revealed just how much he was making back then when he had 10,000 consistent viewers.

Without incentivizing his viewers to donate or subscribe and without spamming the advertisement button, he still managed to rake in $20,000 from Twitch alone.

But in our profile of Ludwig, we saw even bigger numbers. 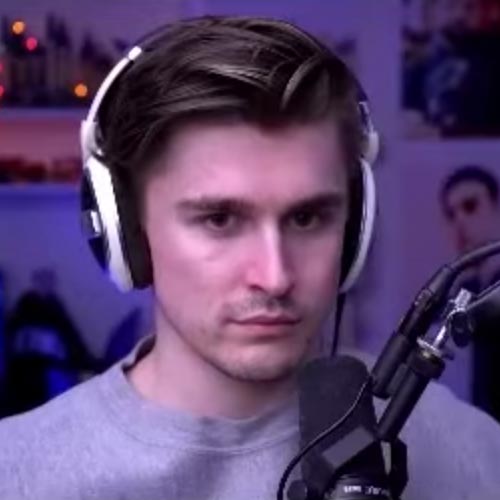 Here’s how Toast broke up his 4 sources of Twitch income, revealing exactly how much he made at the time. Again, he had 10,000 consistent viewers back then.

Toast made about $2500 from donations a month during this time. He claims this is on the low-end because he doesn’t incentivize his viewership to donate.

We estimate other streamers (with the same viewership) who do incentivize to make around $5000-10,000 per month on donations.

Toast revealed he received around $4000 per month from pre-roll advertisements alone.

He claims he never pressed his advertisement button during the stream while other streamers press it frequently, which makes sense because it makes them a ton of money.

Let’s imagine he presses it 2 more times per stream, that would generate an extra $400 per stream or $8,000 per month. Come on Toast!

Toast had about 4000 subscribers at the time and considering he’s a top-tier Twitch partner, this made him $14,000 USD per month.

In Toast’s experience, sponsored streams bring in anywhere from $0.01 to $1 per viewer. He knows this because he’s been paid both $1000 and $10,000 for a single sponsored stream.

How Much Do Small Twitch Streamers Make?

Here’s how we came to this estimate:

If we assume they get $0.02 per viewer from advertisements and they press their advertisement button 4 times per stream at 20 streams per month that amounts to $160.

To back up our estimates, Ludwig recently creates a video where he estimates small streamers with 100 average viewers make $1500 per month on Twitch and an additional $500 from running their business (Merch and sponsorships).

How many viewers do you need on Twitch to make money?

You qualify to become a Twitch Affiliate at 3 consecutive viewers, at which point you can make money from Twitch through subscribers and advertisements. You’ll need at least 100 average viewers to go full-time on Twitch at which point you’ll make between $1000 and $2000 per month.

How old do you have to be to make money on Twitch?

In order to become a Twitch Affiliate and make money from Twitch, you need to be at least 13 years old and have permission from a parent or legal guardian, as per Twitch’s affiliate agreement.

How hard is it to make money on Twitch?

Making money on Twitch is very difficult and requires you to dedicate a lot of time towards both streaming and building your audience.

The average person will struggle to consistently stream to less than 5 average viewers for multiple hours a day all-the-while actively engaging with their chat and in their spare time actively work on developing a brand on social media. But that is exactly what it takes to make money on twitch.

Can you make money on Twitch without being a partner?

Yes, you can make money from Twitch by becoming a Twitch Affiliate which has a far lower achievement threshold but allows you to earn money from subscribers and advertisements.

How long does it take to make money on Twitch?

Going off famous streamers, it will take you at least 1 year of consistent streaming and brand building in order to grow a loyal following and make money from Twitch.

What are the chances of me making money on Twitch?

The chances of you making money on Twitch are about 0.5%.

Here’s some data to back up our claims.

And according to Twitter user @CommanderRoot, there are currently 1,549,256 affiliates and 51,480 partners on Twitch.

If we consider everyone with 100 average viewers is a Twitch partner, that means that only 51,480 people out of 9,894,745 streamers are able to make a living from Twitch.

How do I get ad revenue on Twitch?

In order to get ad revenue on Twitch you need to either be a Twitch Affiliate or Twitch Partner.

Do Twitch affiliates get ad revenue?

Yes Twitch Affiliates get Ad Revenue and even have access to subscribers.

Can you get rich on Twitch?

It is possible to get rich from Twitch. Many Top-tier Twitch partners have become millionaires on the platform, examples are Ninja, Ludwig, Shroud and so on.

However, we are talking about the absolute top here. Smaller streamers make around $1000 to $2000 per month from the platform.